Published by The Post and Courier - full article here. 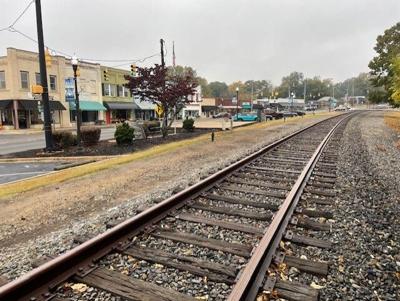 INMAN — Construction of a 31-mile rail trail on the inactive Saluda Grade railroad line in South Carolina and North Carolina could begin within five years if negotiations with Norfolk Southern are successful.

“We expect to have a signed purchase agreement by the end of this year,” Cooper said. “We are moving forward in a good position.”

If a purchase agreement is reached, Norfolk Southern will go through a federal transportation board to abandon the rail. Laura Ringo, PAL executive director, said the process would likely take about 18 months to complete and construction of the new rail trail could begin as soon as mid-2024. The cost to purchase the abandoned rail line is about $30 million. It would cost another $30 million to develop the rail trail.

“Those are certainly the estimates we have been working off of but we are still in negotiations for purchasing the corridor so we don’t know the final purchase price,” Ringo said. “Once we get a final purchase price and agreement we will start the planning process as part of that and we will have a better idea on what it is going to take to construct the trail and the cost.”

Ringo estimated the trail could attract up to 125,000 people annually. The new rail trail could also generate up to $11 million combined for area towns along the route, Cooper said.

About 3 miles of the proposed rail trail would pass through Inman. The city has already experienced business growth downtown. The prospect of a new rail trail has generated more interest.

“There are people definitely interested in buying property here in anticipation of the trail coming,” Lanahan said. “We are getting ready as a city to expand our parking footprint and make downtown more walkable.”

“I can say that if it wasn’t for the railroads, these towns like Inman, Campobello and Landrum probably would not exist, and it was the railroad that brought economic prosperity to the area,” Briggs said. “Now that the railroad no longer runs, converting the rails to trails would have a similar effect in providing the kind of economic impact to the area with the kind of tourism and small businesses we saw 100 years ago.”

Magnuson said while he isn’t against the proposal he believes the process should be more transparent and take into account what infrastructure may be needed for the rail and how it will be funded.

“We feel like it is moving pretty quickly and I feel like we need more answers than we are getting so far,” Magnuson said during the town hall meeting.

Magnuson expressed some doubts that the project would move forward since Norfolk Southern has not agreed to sell the abandoned rail line property. If the project does move forward, Magnuson said safety along the trail needs to be addressed.

Brian Vogel, who recently renovated the Campobello Oaks Event and Lodging Center, questioned the project by asking how law enforcement would keep people walking or biking the trail from coming on his property. Vogel also asked how long it might take to develop the rail trail if a purchase agreement is reached.

Campobello Mayor Jason Shamis attended the town hall meeting. Shamis said if the trail was developed, there would likely be new vacation rental housing in the area.

“I have asked (Campobello) residents and everybody seems to really enjoy the idea (of a rail trail),” Shamis said. “I am very supportive of the idea and from my perspective it is a good thing.”

Ringo said fundraising efforts for the proposed rail trail continue and local, state and federal funding opportunities will be considered.