Published by the Spartanburg Herald Journal; to view the full article, click here.

Spartanburg runners, bikers, joggers and walkers will have new terrain to explore thanks in part to a grant from the Appalachian Regional Commission. The organization has awarded the city of Spartanburg a grant of $500,000 to create a connector trail between the Mary Black Rail Trail and the Butterfly Branch Greenway.

This 1-mile connector will build upon other planned extensions, starting at the end of the planned Union Street to Barnet Park expansion. It will run from Barnet Park to the Butterfly Branch Greenway on College Street, near the Edward Via College of Osteopathic Medicine campus. It will also be accessible from North Converse, Silver Hill, North Liberty, Magnolia and Howard streets and East Daniel Morgan Avenue.

The connector trail is the latest planned investment for the city’s redevelopment of the Northside. The trail will provide a path for car-less transportation across town for Northside residents, as well as a path to the T.K. Gregg Community Center, which will be at the trail’s northern end.

City estimates put a $1.2 million price tag on the Northside connection, currently funded by the $500,000 Appalachian Regional Commission grant and $250,000 of city funds. The remaining $472,000 will be raised by Partners for Active Living.

The organization will be collecting donations and work toward further grants, according to PAL Executive Director Laura Ringo. Ringo said this planned trail is a “critical connection” in the 32-mile trail system planned for the city.

Donations are currently being accepted and can be mailed to the Spartanburg County Foundation at 424 E. Kennedy St., directed toward account “2058-urban trails.” Ringo said that donations can come from corporations or individuals.

“Any size gift will make a difference and help the project move forward,” she said. 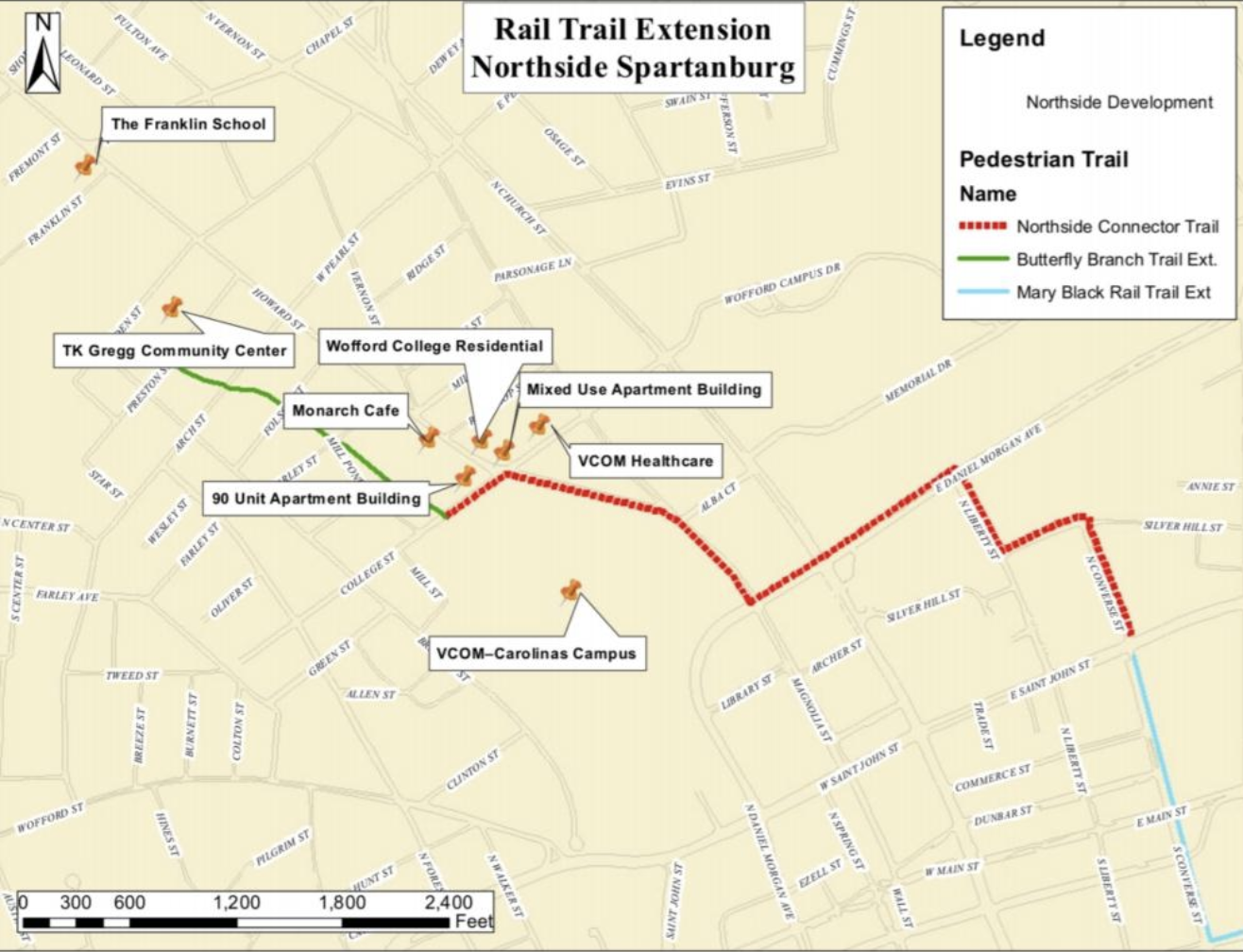